Chapters 2, 3 & 4 in the free ebook “Anesthesia & the Soul” discusss the fundamental unity of all major religions regarding the nature and fate of the human soul after death (see download button below). Religions may have a bad name with some people because of excesses committed by fanatics, but I consider all major religions to be a great and powerful unifying force. I wrote of this in the preface of the book “The Unholy Legacy of Abraham”.

But does discussion of all these things, and especially of the excesses of Judaism, Christianity, as well as Islam, mean I despise these Abrahamic religions? Absolutely not! In spite of the many negative aspects associated with these religions — aspects such as bigotry, suppression of freedom of thought, suppression of freedom of expression, intolerance, pogroms of unbelievers, etc — religions of all types have in the past conferred enormous benefits upon their believers. Judaism welded the twelve disparate and primitive tribes of Israel into a single proud people with a single identity and purpose, enabling them to survive as a socio-cultural entity despite isolation, persecution, as well as pogroms throughout their history. Christianity gave the peoples of the benighted and brawling postage stamp sized nations of Europe a single cultural identity during the Middle-Ages. This uniform cultural identity and philosophy culminated in the rapid technological development and welfare now existing in these nations. Islam transformed an ignorant rabble of disparate desert tribes into proud nations with a single cultural identity, ultimately enabling them to develop grand philosophical, cultural, and aesthetic works. These are but some of the benefits conferred upon believers in all great and good religions. And indeed, Judaism, Christianity, and Islam are great religions, for they generated systems of thought ennobling and empowering their believers. (Page X in “The Unholy Legacy of Abraham” )

“The Unholy Legacy of Abraham” only discussed Abrahamic religions such as Judaism, Christianity and Islam, but the principles are just as applicable to Hinduism, Buddhism, Taoism, Shinto, etc., etc.. … And this brings us to the question of God and the unity of religions. 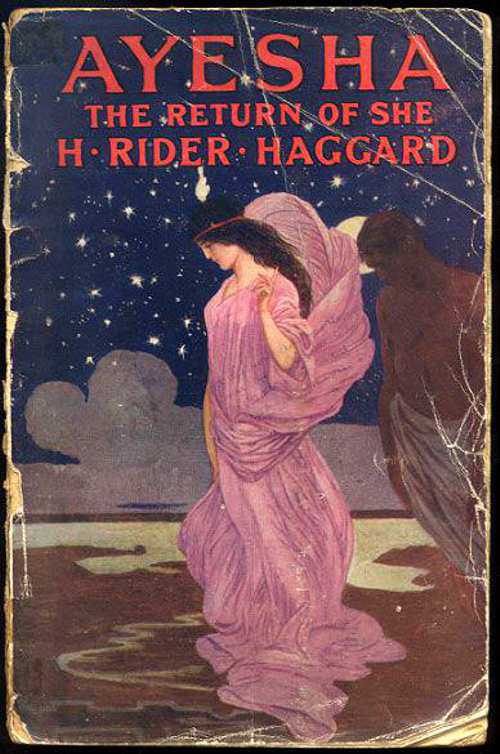 It is simply impossible to prove the non-existence or existence of God. This is a matter of belief. However, one thing is certain when you analyze the fundaments of all great and uplifting religions you find a single unifying belief system as was once expressed during 1905 in a book entitled “Ayesha - The Return of She”, written during 1905 by an exceedingly jingoistic nineteenth century English author H. Rider Haggard. The main female character, Ayesha, tells her beloved and his stepfather the following.

Because all great Faiths are the same, changed a little to suit the needs of passing times and peoples. What taught that of Egypt, which, in a fashion, we still follow here? That hidden in a multitude of manifestations, one Power great and good, rules all the universes: that the holy shall inherit a life eternal and the vile, eternal death: that men shall be shaped and judged by their own hearts and deeds, and here and hereafter drink of the cup which they have brewed: that their real home is not on earth, but beyond the earth, where all riddles shall be answered and all sorrows cease. Say, dost thou believe these things, as I do? (Ayesha - The Return of She, by H. Rider Haggard, 1905, Chapter 18, The Third Ordeal)

Expressed in somewhat turgid English, this basically strips the external features from all religions to reveal their fundamental unity. When viewed in this way, differing religions are adapted to the needs of their followers, but are actually only different pathways to a relation with the same God! Realization of this single fact is the first step in the pathway to unification of all religious belief systems. Interested persons can read an extensive analysis revealing the fundamental unity of all great religions in Chapters 2, 3 & 4 of the free ebook “Anesthesia & the Soul”. This ebook can be downloaded for free in “PDF” format by pressing the button below.

This is the path taken by the book “Anesthesia & the Soul”, and this is the reality of religion …