Skeptics don’t believe in the soul!

Speak to members of skeptical organizations about belief in the reality of a human soul, and you sometimes encounter a response as fanatical and unfounded as that of rabid believers. Many will simply state, “I don’t believe in a human soul!”

The real question for skeptics is: what does a skeptic actually mean when making such a firm statement? After all, to simply state , “I don’t believe in a human soul”, has just as much validity as the statement of belief in the reality of a human soul made by a person who believes in the reality of a human soul. Both are statements of belief systems without recourse to proof. Skeptics and believers alike require a clear definition of the human soul in whose reality they profess to disbelieve or believe. Fortunately, religious and secular literature abounds with examples revealing the properties of the human soul as proposed by believers. These fundamental properties believed to be possessed by the human soul are universal, and have remained unchanged in popular belief, as well as by major world religions for the past 4,500 years from the times of the ancient Summerians and Egyptians to modern times.

These unchanging and universal properties attributed to the soul as expressed by popular and religious belief systems for more than 4,500 years, are carefully analyzed in Chapter 4 of the free ebook “Anesthesia & the Soul” (see download button below). The list below summarizes these properties. 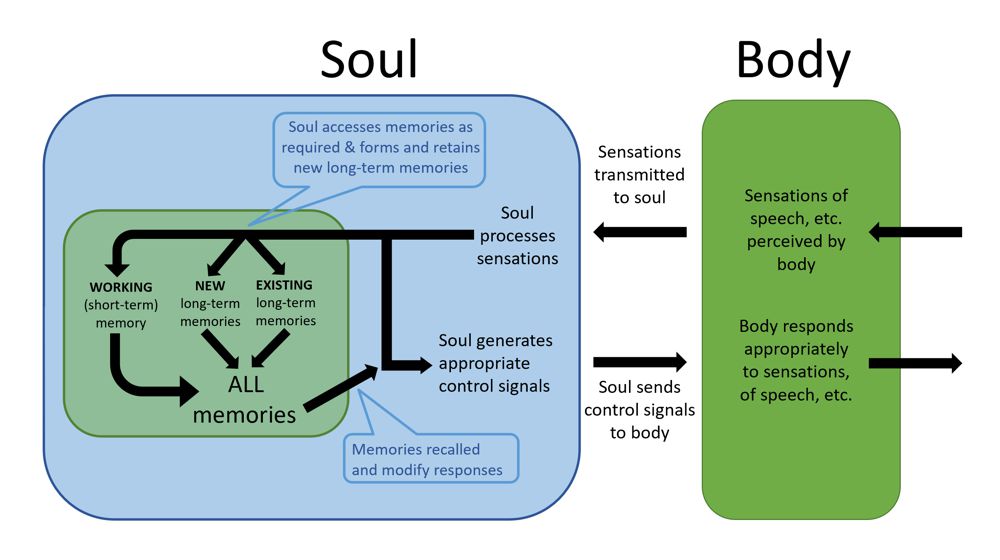 
If skeptics and believers alike state their disbelief or belief in a human soul with these properties, then they have the beginning of a sensible discussion, instead of a clash of two systems of thought each based upon a vague, nebulous, and unspecified (dis-)belief in “SOMETHING” rather than a systematic analysis of their belief or disbelief. Interested persons can download this free ebook in “PDF” format by pressing the download button below.

This is how disbelief and belief should be analyzed, and this is the systemtic approach taken by “Anesthesia & the Soul”.